I learned the art of making marinated eggplant from my dear friend, Michelina Codipietro, from Isernia in the Southern region of Molise, Italy. Michelina took away my fears, saying that it was quite easy. This eggplant indeed marinates for 48 hours (it makes itself) and labor is minimal.

A great project for our current “lockdown” and a guarantee that you’ll never buy the readymade version again.

2. Mound 3 slices eggplant on top of each other; cut them into 3/8-inch thick strips.

3. Transfer strips to saucepot, sprinkle with a light layer of salt.

4. Repeat with remaining eggplants, transferring the strips to saucepot & sprinkling with salt, as you go along.

5. When all eggplant strips have been transferred to saucepot, pour the water, vinegar and juice from 1 lemon over the eggplant.

6. Cover saucespot with eggplant, set on a counter and let marinate for 48 hours (2 days).

2. Transfer drained eggplant to a 12-cup glass or porcelain bowl.

3. Repeat squeezing & draining remaining eggplant, one handful at a time; transfer to bowl.

4. When all eggplant strips have been drained and set in bowl, add about 1/2 cup safflower or sunflower oil, dried, crushed chili flakes (to taste) and mix.

5. Taste the eggplant and adjust seasonings, to taste.

8. Make sure you pack down the eggplant, so as not to leave air bubbles.

9. Add more oil until it rises 1/2-inch above top of eggplant.

2. Every time you scoop out some eggplant and serve, make sure remaining eggplant in jar is topped with safflower or sunflower oil 1/2 inch above top of eggplant. Seal and refrigerate once more.

3. Eggplant can be stored in refrigerator up to 2 months (always covered with oil).
Text & Photograph ©2020 Nancy DeLucia Real 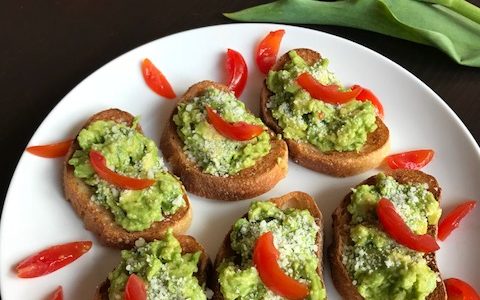 Make these Avocado Toasts  anytime you feel like something fun. You can also surprise a Mom on Mother’s Day and include these in a delicious brunch!

Directions:
1. Lay out the bread slices on a serving platter; set aside.

3. Place avocado in a medium bowl.

4. Using a potato masher, mash avocado until it is coarsely-mashed.

5. Stir in the grated cheese, minced Jalapeño and salt, to taste.

6. Using a spoon, gently add some avocado mixture to each toast on platter. 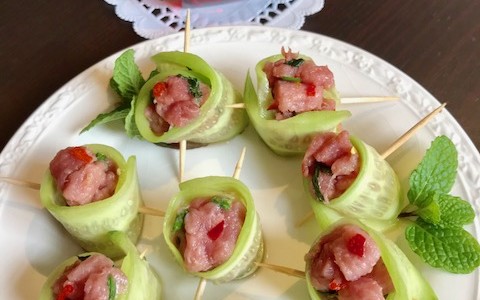 If you want to stay in on Valentine’s Day, make this tuna tartare appetizer. It’ll pair well with the bubbly. And – you’ll have fun in the kitchen!

2. Taste the tuna tartare and, if needed, adjust seasoning and olive oil levels.

3. Cover the tuna tartare and set aside.

6. Working with one cucumber slice at a time, place scant 3/4 teaspoon tuna tartare at one end.

7. Gently and tightly roll up the cucumber slice; secure the tuna tartare roll with a toothpick.

8. Set each tuna tartare roll on a serving plate. 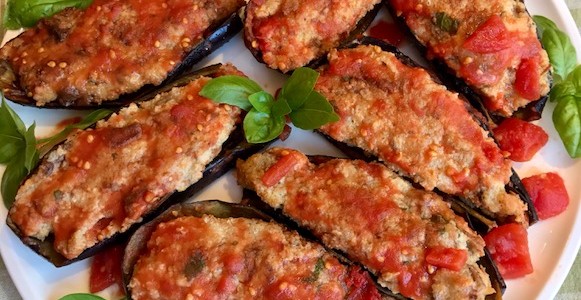 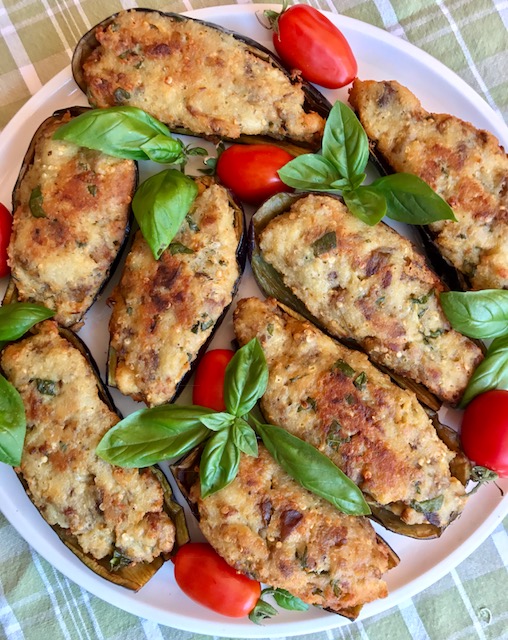 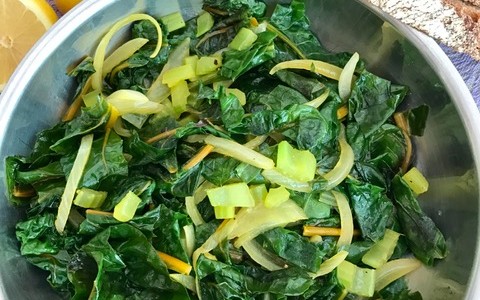 Acquacotta literally means “cooked water” and is one of the classic vegetable soups of Tuscany. This dish is made with simple ingredients – chard, onion and celery. Acquacotta is served over fresh slices of bread and chilled white wine. You can’t ask for a healthier or more delicious appetizer!

Directions:
1. Trim and discard the stems from the chard.

2. Cut chard leaves into 3-inch pieces wash leaves and spin-dry (do this 3 times to ensure all dirt particles are gone).

3. Peel the celery stalks and chop them into 1/2-inch pieces; set aside.

4. Peel the onion and cut it in half. Cut each onion half into thin slices.

5. In a 12-inch skillet, heat the oil on medium-high setting.

6. When oil is hot, add the celery and onion; stir-fry until onion is translucent and light golden.

9. Cook the chard mixture on medium-high heat until chard has wilted (it should look almost raw).